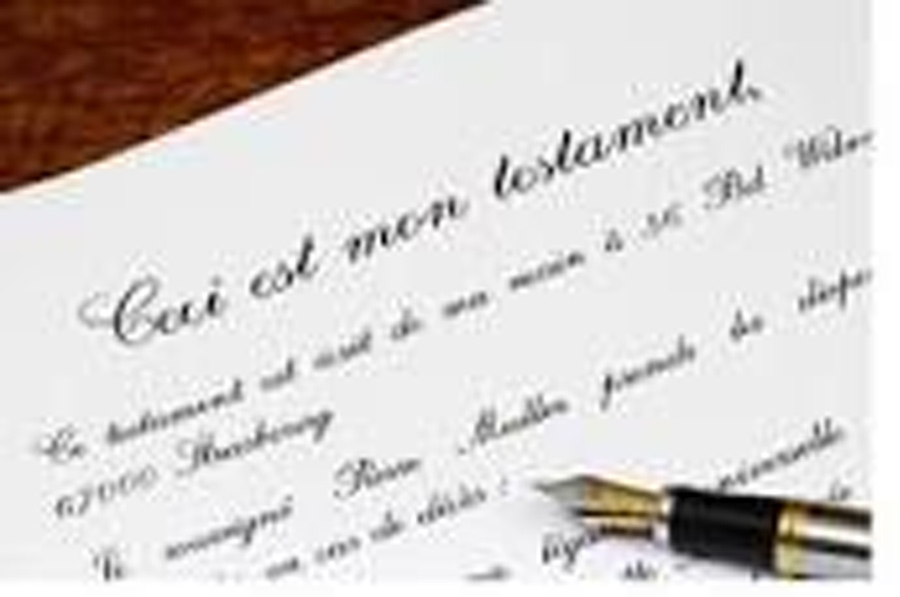 In December, France lost one of its greatest singers and idols of several generations, Johnny Hallyday. The sadness of his death has now been shadowed by a media unpacking around his estate and his Will. Johnny Hallyday had two children from previous unions and adopted two children with his surviving spouse, Laeticia - a situation that is not unusual nowadays. According to his Will, he designated Californian law as the law applicable to his succession and bequeathed all his estate to his wife, to the detriment of his two children from previous unions.

Since then, articles and media interviews from celebrities keep pouring in and everyone chooses their side, the majority in the favour of the two grown up children. It is true that disinheriting his children is a serious decision, which France â€œprohibitsâ€ with a reserved portion called reserve hereditaire. Despite having been recently questioned by the Supreme Court of Justice (case 27th September 2017) reserve hereditaire applies in France to prevent a testator from disposing of a certain proportion of his estate if he is survived by descendants.

Is it not precisely because of this reserve hereditaire that Johnny Hallyday chose to apply a different law, Common Law, which ignores forced heirship? Without taking part on either side or being doubtful of Johnny's choices, the question of the validity of his Will will be at the heart of the debate. Several questions emerge from his Will: What is the impact of habitual residence on the settlement of the estate?(1) and could Johnny disinherit his children by choosing Californian law? (2) Through these questions, citizens of Common Law countries, especially British citizens, will be able to recognise themselves in this situation. Although the subject is sensitive given the notoriety of the deceased, everyone could be concerned by these questions of applicable law, forced heirship, habitual residence and validity of a Will. When French law applies for the settlement of an estate, the children of the deceased are protected by the reserve hereditaire. This legal provision gives the children a fraction of their parent's estate, the proportion of which varies according to the number of children of the deceased. In the presence of four children the reserve hereditaire is Â¾. All children have the same rights regardless the nature of filiation (by blood or adoption). Then the testator is allowed to dispose of the disposable portion, known as quotite disponible, to whomever he wishes, including his surviving spouse. Johnny Hallyday appointed his wife, Laeticia, as the sole beneficiary of all of his estate. If the succession was governed by French law, Laeticia would have been entitled to a quarter share of the estate and probably the life interest on the children's reserve hereditaire. However the context is far from being simple, and with elements from different countries, the succession has become a cross-border succession. What are the EU rules regarding cross border succession? Facing the complexity of cross border successions, an important step to facilitate the settlement of an international Estate was adopted on 4 July 2012 for successions throughout the EU, and came into force on 17th August 2015. These new uniform rules of Regulation (EU) nÂ°650/2012 lay down rules to determine which Law will apply to the succession.

1 - Habitual residence
Under article 21.1 of the Regulation, a given succession is treated coherently under a single law and by one single authority; the law of the deceased's habitual residence. Quid? if the deceased was resident of a Country outside of the EU, are Lawyers supposed to know the Law of that foreign Country? Somebody living in Dubai, for example, might be more familiar with his national law than the law where he resides. That is for this reason that the regulations permits a citizen to choose the law of his nationality (at the time of the choice or at the time of death) to settle his estate (Professio juris).  With respect to Johnny's estate, if his aim was to govern the settlement of his estate under Californian Law, he could not have chosen it as his national law, not being a US citizen. He could only have relied on the application of that law as the law of his last habitual residence. The text of the regulation does not give any definition of the last habitual residence of the deceased.The authority dealing with the succession will need to consider the duration and regularity of the deceased's stay in the given country, conditions and reasons for the stay in the given country, the country in which the family and social life of the deceased are located, and the country in which the deceased had most of his assets/interests. The French high jurisdiction already pronounced on that subject in 2005, giving a definition of the habitual residency as the place where the deceased had fixed, with the intention of giving it the permanent or habitual centre of his interests. This wording implies taking into consideration the proximity, duration, regularity, conditions and reasons for the person's stay in this state. In this case, did Johnny actually have his last and permanent residence in California, his closest ties precisely within that state? We also know that he spent a lot of time in Saint Barthelemy, and had a property in France and Switzerland. He also returned to France where he died. Did he only return in France to treat his illness? It can be seen that this notion of habitual residence, used by all Community texts or international conventions, and yet defined nowhere precisely, is the potential source of thorny debates.

2 - Law applicable to the estate
The second debate will be the law applicable to his estate. We also have to remember that United States, like the UK, is a third country to the European regulation. As such, the rules will not be so straightforward for a number of reasons, principally the ongoing quirks of private international law, specifically the doctrine of â€œrenvoiâ€. Renvoi is provided for by Article 34 of Regulation (EU) No 650/2012. This article allows the renvoi in the event that the applicable law is the law of the last habitual residence of the deceased, except in the case of professio juris, and that this law would be that of a third State referring to either the law of a Member State, or the law of another third State which would apply its own law. It is thus necessary to look at the American conflict rules, and more particularly in California, to apply the Renvoi. The Californian system retains the split system (scissionnisme) where the laws of succession applying to the real estate (or 'immovable assets') will be the law of the place where the property is situated (lex situs); the laws of succession applying to movable property or assets will be the law of the â€œdomicileâ€ (Mobilia sequuntur personami). In accordance with these rules, it is therefore French law that would apply for real estate located in France. The reference to French law for the properties located in France will therefore apply in this case. It is only in the case where Californian Law was chosen that the Renvoi will be excluded (or if the immovable in France where held in a company structure). And that is particularly what Johnny did in his Will by designating Californian Law, but presumably not as his national law but the law of his last habitual residence.

Would Californian Law accept its competence and definitely reject the Reserve, like it did recently (case dated 27th September 2017), or could a Californian Judge apply the renvoi.? We have not finished with the story of Johnny Hallyday's Estate, the next step will be the Court hearing on the 13th April 2018. It shows the complexity of our legal system and the importance to obtain legal advice before drafting a Will.

Whether you are a celebrity or not, the Law is the same for everyone. (this article was written and published before the Court Hearing on 13th April 2018 and the information provided do not take into consideration any conclusion or decision made by the Court)